The Sierra de Guara is a limestone massif located to the south of the Pyrenees, in Spain. The human presence dates back to the Palaeolithic period, when men took advantage of the numerous natural shelters of the cliffs. For thousands of years, a rural life developed slowly. No man until then ventures into the depths of the canyons.

For a long time unknown and dreaded territory, it is in the 1960s – that attracted by the stories and images from the explorer Lucien Briet tooked iat the beginning of the 20 century – mountaineers and speleologists discover with rudimentary material the most famous gorges of the Sierra of Guara.

These pioneers of canyoning did not suspect the following: rural exodus and desertification of entire villages, media and tourist effervescence in the 80s, creation of the Natural Park, development of associations for the protection of nature…

Definition: territory having chosen a model of development based on the development and protection of natural and cultural heritages considered as rich and fragile.

In 1990, when the region is already famous for canyoning, the Sierra de Guara is classified Natural Park. This small wild island, lost between the plain of Saragossa and the high chain of the Pyrenees, then enjoys a strict protection framework.

Some restrictions of the Natural Park of the Sierra and Guara gorges:

The missions of the Natural Park:

Most of the southern slope is dominated by the scrubland, favored by a Mediterranean climate (hot and dry in summer, then mild and wet in winter).

A rich flora traditionally composed of thyme, rosemary, savory, oaks, boxwood …, as well as many endemic varieties including Petrocoptis guarensis.

A fauna typical of these climates also develops there, like the fox, the wild boar, the weasel, but also herds of goats become wild after the departure of the families who lived on the northern plateau of the Sierra de Guara (Otin, Nasarre…)

Lovers of ornithology will not miss the spectacle of vultures, fed every Saturday mornings by the association Fondo amigos del buitre in Santa Cilia. Attention, it is necessary to register in advance to attend. 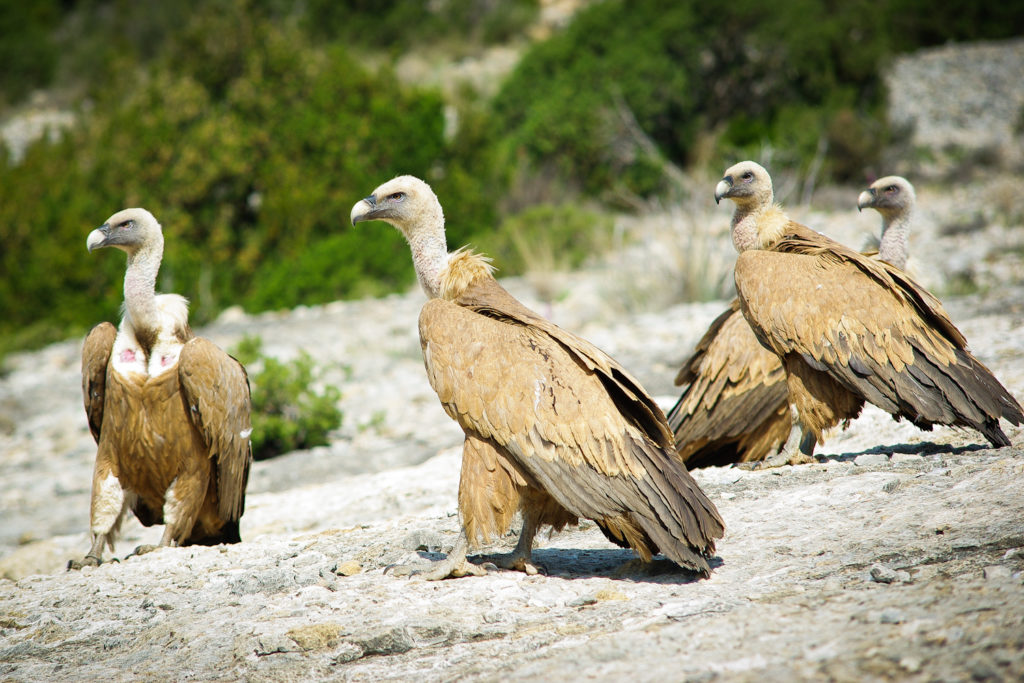 Griffon vultures live in community: those who ate this time will give way to others the next time!

After 18 kilometers of turns, we finally arrive at the small village of Rodellar. It is a string of old houses hanging on the mountain thats overlook the Mascun Canyon. A world class climbing spot ! It is also the starting point for famous canyons and hiking trails. To sleep and / or eat: the Kalandraka refuge, the Mascun campsite, the Valle de Rodellar aparthotel, among others …

A classic visit to be done during your stay in Sierra de Guara! Alquézar is a medieval village restored around an ancient monastery perched on a rocky outcrop. Strolling through its narrow winding streets plunges you into a movie set. Starting point of the famous canyon Rio Vero. There are many options for dining and accommodation.

In the heart of the Sierra de Guara, Bierge is a quiet and authentic Spanish village. Its imposing church dominates the village spread out in the fields of wheat, olive and almond trees. It is a village that produces olive oil, almonds, artisanal ice cream … You will find there some peaceful accommodations.

Nestled between the northern part of the Sierra de Guara and the Pyrenees, Nocito – a small mountain village – is a real “end of the world”. There is a campsite. Be aware we do not leave from this village for canyon trips.

Abandoned since the 70’s, this village planted on the edge of the Mascun canyon is exceptional by its location. No road leads there, except for a forest track. It is reached in an 1,5 hour walk on footpath from Rodellar (and a steep climb on the flanks of Mascun). This village is composed of about thirty ruined houses, where a real rural life cut off from the rest of the world was organized. The last inhabitant, Manolo, who ran the village bar, left the premises in the 90’s. Since then, goats have taken over the houses. This is the starting point of the canyon of the same name : Otin.

On the long walk to access Gorgas Negras, we pass this village also abandoned since the rural exodus of the 70’s. Lost in the heart of the Natural Park of the Sierra de Guara, there is only twenty houses in ruin in a landscape of terraces once cultivated. The attraction of this village consist in a renovated church that can be visited freely and offers a breathtaking view of the desertic plateau.

Our passage disturbs and degrades this ecosystem by the increasing number of people who practice canyoning, endangering a fragile natural balance. So if we want to continue to contemplate this nature, we must protect it.

The main nuisance of the man in overalls is trampling. Indeed, we often walk on a gravel pit, at the beginning and at the end of a basin where we can swim. This pile of pebbles and small pebbles is the natural refuge for many larvae, eggs of insects, fish, toads and small aquatic snakes. The dipper bird stalks this fauna, while in the water the trout or the ferocious larva of odonates which will become a pretty dragonfly, hunt in the current of the waterfalls. We could continue for a long time to describe the animal and plant life of this park to enumerate the habits of the animals of the aquatic environment of the Sierra, so much the biodiversity teems under our eyes, but also under our feet…

There is also another form of pollution, less visible and more complicated to understand: chemical pollution. For example: the soles of shoes, reinforcements of combinations that crumble, but also sunscreen that pollutes the surface of the basins and kills gerris, otherwise known as water spiders. 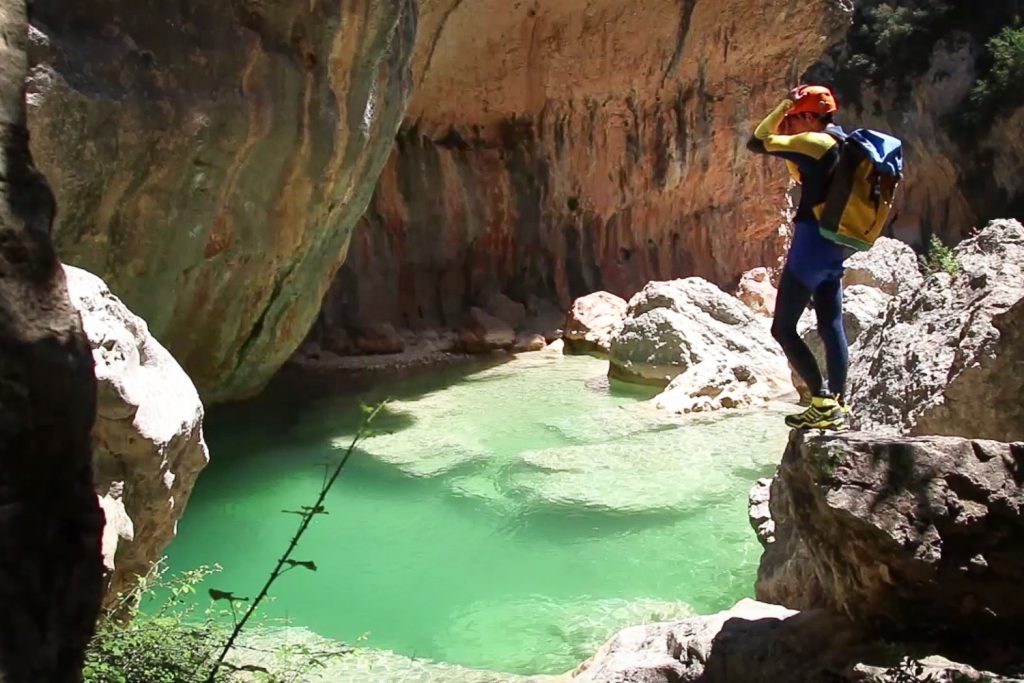 My name is Sam, coordinator and instructor at Le Sens de l’Eau and I will be happy to answer your questions as clearly as possible.

We usually answer all your message within 24 hours.

If you don’t get news from us please check your junk box or contact us directly by phone.